Scientists knew it was coming, and now it's here: The first U.S. cases of chikungunya, a virus carried by mosquitoes that can cause fever and joint pain, have surfaced in a Florida man and woman who have not traveled to any of the foreign countries where the disease is common, according to the Centers for Disease Control and Prevention (CDC). The two cases indicate that the virus may begin to pop up more frequently in the region.

Chikungunya has historically been limited to countries in Africa, Asia, Europe, and the Indian and 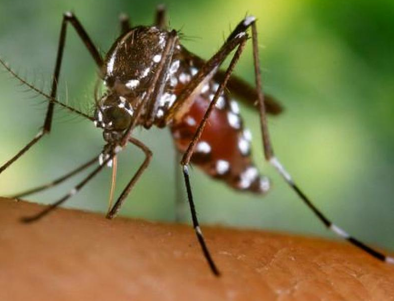 Pacific Oceans. But it made its way to the Western Hemisphere last December, when Puerto Rico and the U.S. Virgin Islands reported 121 and two cases, respectively, of the locally acquired virus. And while cases have certainly appeared in people in the U.S. before, those have always been travel-related instances, said CDC arboviral disease chief Roger Nasci. These new cases indicate that a local mosquito bit someone who had carried the virus from another country; then said mosquito bit another person, spreading the disease locally.

Two species of mosquitoes spread the virus — Aedes aegypti (the same kind to blame for spreading dengue fever) and Aedes albopictus, both of which are found in the southeastern U.S. and parts of the Southwest. A. albopictus also resides farther up the East Coast through the Mid-Atlantic States, as well as in the lower Midwest region. The best way to avoid chikungunya, Nasci stressed, is to avoid mosquito bites by wearing repellent and long sleeves and making sure that window screens are in good condition. In this case, though, staying inside at dusk won't help much, as these particular types of mosquitoes feed during the day.

CDC officials expect that chikungunya will behave like dengue in the United States, where imported cases have resulted in sporadic local transmissions without triggering widespread outbreaks. None of the more than 200 imported chikungunya cases between 2006 and 2013 have triggered a local outbreak.

Chikungunya joins another scary-sounding disease: babesiosis, a malaria-like illness caused by microscopic parasites that infect red blood cells and are spread by certain ticks. Six cases were reported in New Jersey on Thursday, with five other suspected cases being investigated, according to the Ocean County Health Department. Though not everyone who gets infected develops symptoms, babesiosis can cause fever, chills, body aches, and nausea; it can also lead to complications that include hemolytic anemia, unstable blood pressure, and even death — particularly for at-risk patients such as those who are elderly or living with compromised immune systems.

The chikungunya-babesiosis news is not exactly the most welcome for those who are already anxious about mosquitoes and ticks as they try to avoid illnesses such as West Nile virus and Lyme disease. Still, notes Nasci, "there's absolutely no reason to panic. That's always the challenge of getting a story out with information about a new disease."

© 2014 all rights reserved
Posted by Unknown