Drive the streets of downtown and central Phoenix and you may do several double takes: What appears to be a church is actually a taco restaurant. A former pie factory now houses numerous small businesses. And upon closer inspection, an old brick pool house is a walk-up coffee bar.

Phoenix established its adaptive reuse program in 2008 to help streamline the process of renovating existing buildings for new business uses.

Since then, more than 100 successful adaptive-reuse projects have sprung up across the city. 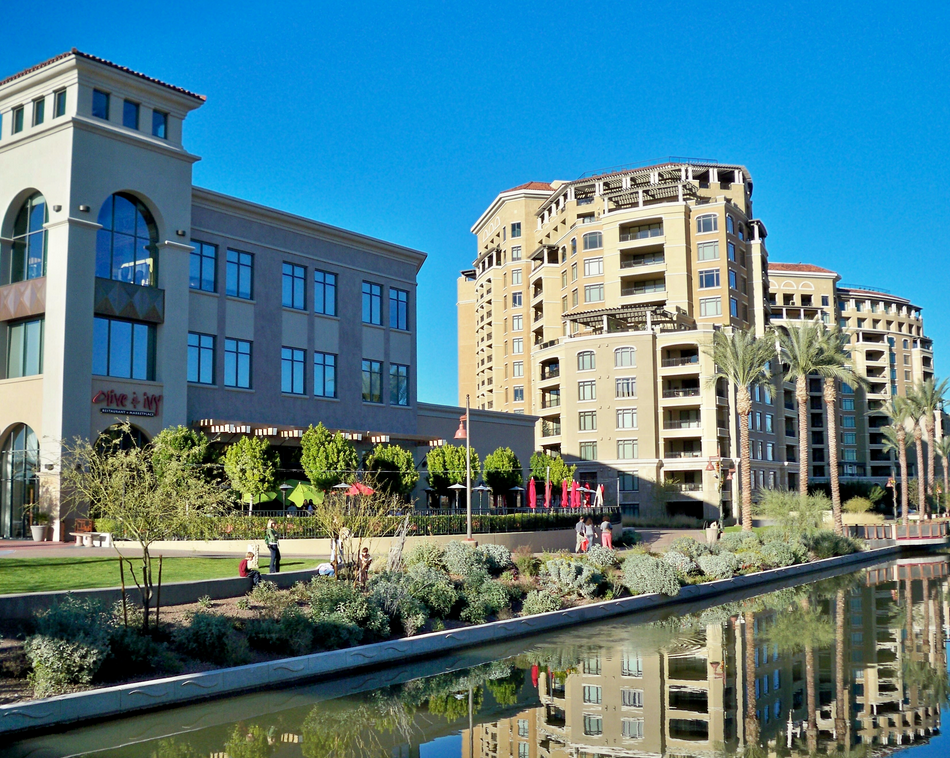 There are some restrictions: A former schoolhouse couldn't be renovated to become, say, an adults-only book store. However, officials say by and large the program has inspired creative transformations and helped preserve Phoenix's history, one structure at a time.

Mary Beth Markus, owner of Desert Song Healing Arts Center, opened her business in a building that once housed the Electrician Union's Hall, near 20th Street and Osborne Road.

Markus said the city was accommodating throughout the process, going as far as waiving some fees and expediting certain stages.

"They sort of held our hands all the way through that process of getting the permits and where it would normally take several months, we could normally get things done in six weeks," she said. "It was just amazing. I loved working with them."

Markus added that renovations came with some challenges, including having to gut the building almost entirely thanks to plumbing and electrical systems that weren't up to code. The spaciousness of the building, she said, was worth the effort to renovate, and its oddly shaped rooms work well with her layout.

"It was perfect for me because I have three yoga rooms and I have three massage rooms and a consult room and a foyer and boutique," Markus said. "So all of those areas were really good in a way because we could take those weird rooms and make them studios."

Similarly, Beatrice Moore and Tony Zahn spent four years renovating the old Bragg's Pie Factory building at Grand and 13th avenues. What some might have viewed as an awkwardly-shaped building at an awkward intersection has since become a cluster of independent businesses and studios and a popular artistic hub near downtown Phoenix.

"It's not always a tear-down that's always the best option," Moore said. "But people have a hard time envisioning that. ... Oh guess what, you can fix that building up. You don't have to tear it down to make this corner look good again."