The Naples Film Festival is becoming too much fun. What started out as a good idea is now a professional team that is hitting home runs and they just hit a grand slam. Let's talk.

This year's opening film was “Hank and Asha”. Can I recommend it to my sports-addicted friends? Yes! Your girlfriend might like it more than you, but it is unique and truly worth watching. That being said...

There are plenty of positive things about the film. The way it was made, the social implications and the modern adaption of an older way of being make the film a winner.

Without any spoilers, here we go. People used to write love letters to each other. Today we have social media. So the film is based on two people in separate continents who start sending love videos to each other even though they have never met. In fact, the actors themselves didn't meet until the filming was done. 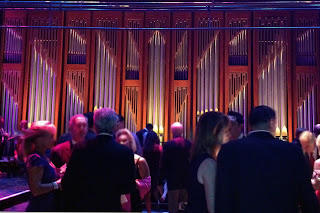 A girl from India moves to Europe to study filmmaking and contacts a young man in New York who had some success making a film. It starts out as a conversation about film, but moves onto something far deeper, something transcontinental that stands true even today.

And if you wonder about the actual filming, it was done separately. There was no interaction between the actors. Each part was filmed individually. So you have something that looks like people interacting, but really they are playing roles without seeing what the other is doing.

Add in the clash of international cultures and you get to witness a truly different film that stands out in this moment of time.

As promised, no spoilers, but the only way to finish is to say what a long way the Naples International Film Festival has come in such a short time. This is the 5th year and each one gets better. Attendance keeps increasing and the parties are becoming to be the best event in town.

See you there. And congratulations to Clyde Butcher for this years's Voice of the Arts Award.